Every day I think of where I would rather be than still in self-isolation. Of course, I totally understand that it’s important to “do my part”. I agree with Ohio’s decision on staying quarantined for a while longer, but that doesn’t mean I can’t get a little stir crazy!

Sometimes I pull up the Expedia app and try to look at where I could go. Spoiler alert; I can go nowhere. You’re not even able to put in a travel date to get an idea of how much a flight may cost – which really reminds me of the strange time we’re experiencing. So, if you’re an avid traveler, how can you even think of planning for a trip after the pandemic is over?

It’s not easy, since we don’t know when hotels, airlines, or even borders will be open again. The European Union is taking a break from tourist for a while and are aiming for summer to allow travelers to move freely. Summer is the goal, but who know what could happen before we reach that projected time line!

Greece is slated to possibly be the first European country to welcome tourists back. They are talking about reopening in phases by mid June – due to their hard work and success handling the Corona Virus situation.

The American government mentioned that they’re unsure if we’ll have international travel by the end of 2020. This news is mind-blowing, and I’m hoping this statement will change by the Fall. It’s been suggested that Americans should take this time during the pandemic to explore America instead of trying to travel internationally. Personally, I’ll be waiting until the all-clear is announced to travel internationally and domestically.

Travel internationally for American will happen eventually, but we will be moving towards that end goal in phases. We’re currently under a Level 4 Travel Advisory, this would need to be lifted. The CDC (Center for Disease Control) would need to let us know we’re safe to go freely, and then WHO would also need to say it’s okay to travel as well. Until all of this happens, it’s looking like Americans will be focusing on domestic travel this summer.

I have a feeling that Airbnbs, Hotels with mini kitchens, and other accommodations that allow visitors the ability to cook their own food (instead of relying on take out or fast food) will also be the favored option this summer. This way traveler will be able to be in control of their environment and still practice social distancing if they want to do so.

It’s going to be a very different environment, traveling after Corona, but we will eventually be able to travel all over the world again. Us wanderers will need to be smarter and safer, but I’m sure it will make our future trips a bit more interesting.

Are you looking forward to any special destination after the lock downs are lifted? Let me know in the comments!

Pocket Wi-fi is a Must-Have 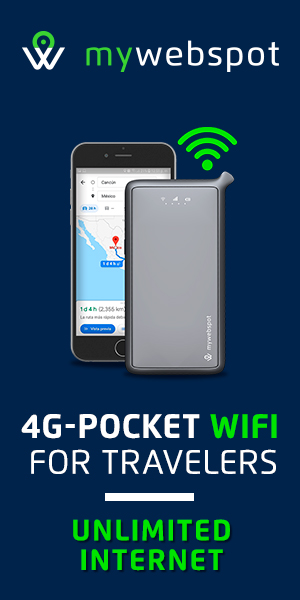